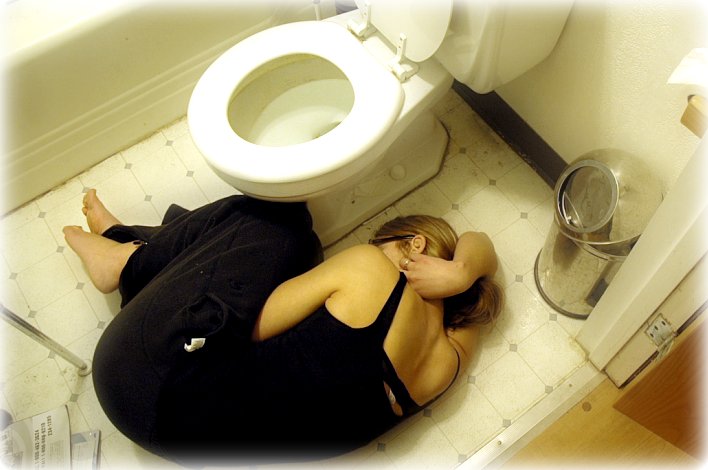 Nausea is very common symptom that is associated with a wide range of health conditions, referring to the physical discomfort that gives a person the feeling that they may be about to vomit.

Often the cause of vomiting or nausea can be determined fairly easily by looking back at a person’s recent actions (such as a particularly stressful day, or that gas station sushi s/he ate for lunch). But there are times when nausea and vomiting are very serious.

Knowing how to recognize when it’s time to see doctor can be the difference between a quick recovery and a life-threatening situation.

What’s serious enough to warrant a doctor or ER visit depends on age and condition. Here is a breakdown of what warning signs to look for by group:

Children
When a child is nauseous, the most common causes are overeating, motion sickness, blocked intestines, milk allergy, viral infections, food poisoning, or illness with a high fever. Another common cause is dehydration, particularly for those too young to communicate the symptoms.

If a child is nauseous and vomiting, look for these signs that s/he needs to seek emergency treatment:

Most of these causes are not serious, and pass within a matter of hours. But there are times when it is important to seek emergency treatment. On occasion, extensive vomiting can serious damage the esophagus.

An adult should seek medical treatment if:

Pregnant women
Nausea is common during pregnancy, especially early on. However, frequent vomiting can lead to hyperemesis gravidarum, a condition in which a fluid and mineral imbalance develops. This is a serious medical condition that can endanger the fetus.

If this nausea is affecting a woman’s everyday life, it’s worth discussing with a doctor, but if an expecting mother experiences any of these, she should seek medical attention right away:

Cancer patients
For cancer patients undergoing radiation or chemotherapy, nausea is very common. Patients should be aware of associated risks including dehydration and choking, and always call your cancer team in the following situations:

Know the Signs and Risks

Most of the time, nausea is not a serious health threat, and it generally passes within a matter of hours. But nausea is a symptom for a wide range of conditions, from anxiety to a concussion.

While some of the most serious causes of nausea are rarer, there are some situations in which a nauseous and vomiting individual requires immediate medical care. Know the signs to keep you and your loved ones safe, and when in doubt, seek assistance.