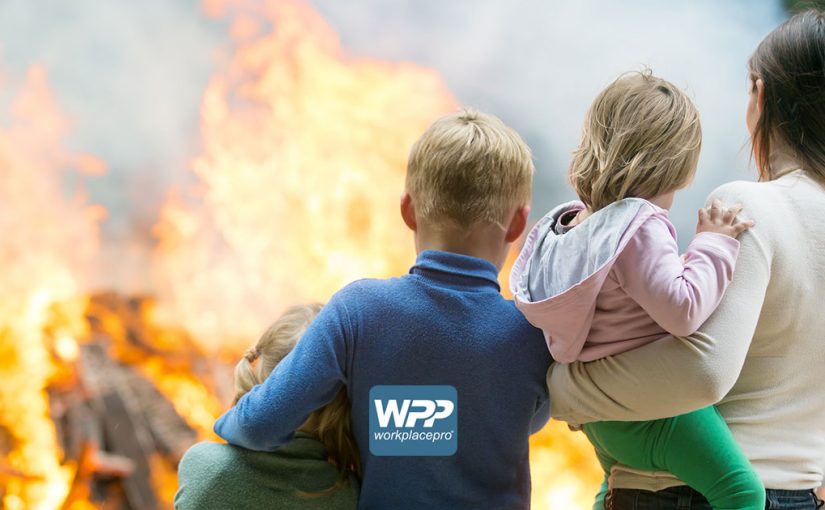 Fire professionals, unite! Help spread the word about Fire Prevention Week (and your pride about what you do) with our firefighter apparel. Deadline to order is Aug. 23!

Our homes are our safe places. We know the ins and outs better than anyone. Should something dangerous happen, we’d know exactly what to do and how much time we’d have to do it in.

Actually, not so much. Especially when related to fires.

While we feel safest at home, it’s also the place we are at greatest risk. According to the National Fire Protection Association, which hosts Fire Prevention Week Oct. 7-13 in an effort to educate people in the U.S. about how to stay safe during a fire, four out of five fire deaths occur at home, and the death rate per 1,000 home fires has increased 10 percent during the last three decades.

What does that mean? While we may understand how to prevent fires, we are a little complacent in escape planning and practice. Only one in every three American households has actually developed and practiced a home fire escape plan, according to the NFPA — and of those people, only 47 percent have practiced it. On average, seven people per day die in U.S. home fires.

And that means: We’ve got a little work to do.

This year’s Fire Prevention Week “Look. Listen. Learn.” campaign is focused on teaching people in the U.S. how fire escape planning and practice can make the difference in saving a life. And it’s pretty simple:

This will be a great start to your home fire escape plan, but there’s more you can do. Establish an outside meeting place for everyone to go to in case of a fire, a place that’s a safe distance from the home. Stress the importance of getting out and staying out — going back in for pets or people increases the danger. And just like your children do at school and maybe you do at work, have a fire drill twice a year so the escape routine is fresh.

One-third of American households estimated they would have at least 6 minutes before a fire in their home became threatening, but the time available is often less. A fire can become life-threatening in just 2 minutes. So don’t delay — have this meeting with your family as soon as possible to make sure you’re prepared.