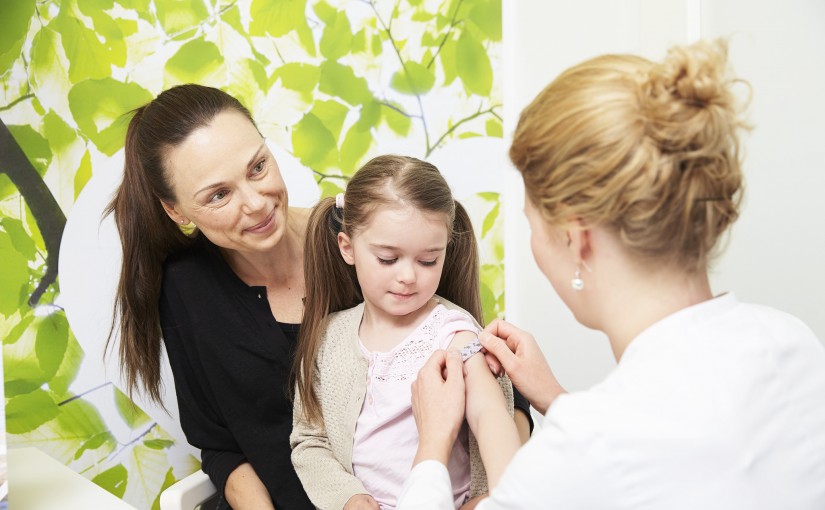 In the later part of the 1990s, parents suddenly began to fear for the health of their children based on a research paper that claimed to prove a connection between the MMR (measles, mumps, and rubella) vaccination and autism spectrum disorders in children. Since the publication of this paper, the research has been discredited and debunked as a fraud, but parents continue to believe that there is some truth behind the controversial information. If you are a parent yourself, it can be confusing and even scary to try to figure out which side of the fence you stand on. The most important first step toward making any kind of a decision about the well-being of your children is to educate yourself fully on both stances.

The Argument Against Immunization

Despite the fact that most of the big names in paediatric medicine, including the World Health Organization and the CDC, claim that there is no link between autism and vaccinations, the concern is still very prevalent among today’s parents. The media has something to do with this, as many actors and actresses have used their presence in the public eye to speak out against vaccinating children for fear of causing autism spectrum disorders. Even some of the more well-known politicians in the United States have made it very clear that they believe in the strong evidence that supports this theory. The National Institute of Mental Health continues to investigate the possibility of a connection between vaccinations and autism, which seems like a pretty powerful reason to believe that there is still a cause for concern.

One of the biggest reasons that parents continue to worry about the connection between autism and immunizations is the steadily rising number of children diagnosed with autism spectrum disorders every year. Since vaccinations became more prevalent in the 1980s and 1990s, children have begun to show signs of autism from a very early age, much more frequently than did children born before this time period. It is a clear fact that more children are diagnosed with autism today, and that most of those children have been given at least one immunization during their lifetimes. Some parents believe that there is a direct correlation between the two, and cite their own experiences, whether positive or negative, as solid proof of that.

The study which originally purported to demonstrate the connection between autism and immunizations focused on a sample group of twelve children, all of whom had been given the measles, mumps and rubella vaccination and later been diagnosed with autism spectrum disorders. The research paper published after this experiment showed a correlation between the injections and autism, as well as bowel disorder, and managed to prove a weak link between all three. The resulting syndrome was labelled autistic enterocolitis, and blamed entirely on the administration of the MMR vaccination. The paper gained attention very quickly, and made the powerful claim that three live virus injections administered at the same time, as in the case of the MMR immunization, greatly increased a child’s chances of developing an autism spectrum disorder. The study claimed that the measles injection was the most prominent culprit, as it affects the immune system more strongly than the rubella and mumps viruses do. The medical community eventually had this research paper retracted, but the information still stands, and many parents consider it worthwhile to consider what the study showed, whether or not the world of medicine see it as a valid point of research today.

Proponents of the anti-vaccination movement look to court cases to support their side of the argument, and many parents take these instances into consideration as well when deciding what to do about immunizations for their own children. In several different court situations, parents and guardians have been compensated for the onset of autism based on the use of vaccinations. Some parents believe that courts would not award these settlements if there was no truth to back up the anti-vaccination claim. Finally, even some paediatricians have concluded that autism in certain children must have been caused by vaccinations. When paediatricians agree with the parents of these children, it is usually too late, and the parents then share their stories in the hopes of bringing the information to others who might be able to make different decisions.

The Argument For Immunization

While there are plenty of aspects to consider on the anti-vaccination side of the coin, it is important to think about the available information to the contrary. There are many reasons why parents continue to vaccinate their children, in spite of the evidence that supports the connection between immunizations and autism. To begin with, many parents conclude that it is better to vaccinate their kids against possible severe illnesses rather than take a chance that they might come down with something potentially life-threatening. Measles, mumps, and rubella are not always fatal, but sometimes, they can cause complications that lead to childhood death. Parents who vaccinate their children believe it is much better to help save their child’s life than to worry about the possibility of a vaccination causing a mental health disorder.

Vaccinations are also necessary in order to protect the people who come into contact with children every day, and parents on the pro-immunization side take this into consideration when choosing to vaccinate their kids. The technical term for this phenomenon is “herd immunity,” which means that enough people have been vaccinated against a disease that, even if a few should fall ill, an outbreak cannot happen. If more and more children are left unvaccinated against diseases like the measles, outbreaks are going to become more common and much more widespread. When a herd immunity is present, it works to protect young children who have not reached the age of vaccination yet, as well as the elderly, immune-compromised, or otherwise ill who cannot receive the immunization themselves. More lives are potentially saved by the lack of these illnesses in the community at large. When children are vaccinated against spreadable diseases, they are helping control these viruses simply by living a healthy life without getting sick.

Herd immunity also spreads to future generations, and parents sometimes even take the health of their future grandchildren into consideration when choosing whether or not to vaccinate their children. When a female child who has been vaccinated against disease grows up and becomes a vaccinated mother, she prevents the spread of illness to her child, which can in turn greatly reduce the risk of birth defects. Communities that have been thoroughly vaccinated have managed to almost eradicate some diseases completely, meaning that future generations will never have to worry about catching something that no longer exists, such as smallpox. Parents who choose to vaccinate their children today are paving the way for healthier generations in years to come.

Finally, some parents simply consider the cost effectiveness when opting for immunizations. Common immunizations do not cost a lot of money, and are usually covered by health insurance. On the other hand, should a child who has not been vaccinated fall ill with a rare disease such as measles, it could cost much more in medical bills to treat the child and bring him or her back to full health once again. Although it may sound a little bit materialistic, the cost of medical bills is a very real concern. For this reason alone, many parents decide to choose immunization over leaving their children exposed to potential health risks.

Which Side is Right?

When you have the basic information for both sides of the argument laid out in front of you, it can be much easier to make a decision and figure out where you stand on the issue of autism versus immunization. Do you believe the countless parents who claim that there is a connection between the two, or do you prefer to stick to immunizing your children against the very real threat of measles and mumps, and take your chances otherwise? When it comes down to it, the choice is completely up to you. Do not let other parents try to convince you to take their side on the matter if you feel like they are wrong, but also do not ignore the evidence that exists to support the argument.

In the end, the medical field is still more or less divided on the topic, and may continue to disagree for a long time coming. It is in your best interest as a parent, to consider the pros and cons of immunizing your children. Do not jump to conclusions based on the first sensational news story you hear – give it careful consideration before you reach your final verdict. You want to do what is best for your children at all times, of course, so try to consider all available information to help you make this important decision.