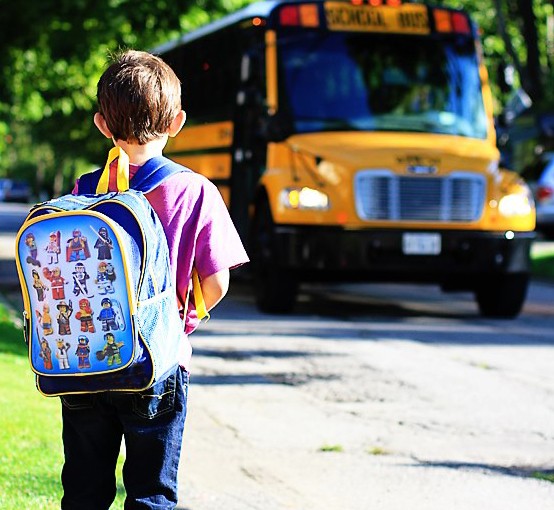 About a third of students ages 12 to 18 in the United States reported being bullied, according to the Department of Education. Children who are bullied experience depression and anxiety, reduced self-esteem, changes to eating and sleeping patterns, and decreased academic achievement.

But the negative impacts of bullying don’t stop there. Bystanders who witness bullying are at increased risk of drug and tobacco use, have increased risk for depression and anxiety, and are more likely to skip school. Bullies are more likely to abuse drugs, engage in earlier sexual activity, drop out of school, and abuse their spouses, children and others later in life.

Bullying is a serious issue that impacts everyone involved. Addressing it early and working to create a bully-free environment can positively change students’ lives.

Where Bus Drivers Fit in to Stop Bullying

Bullying isn’t limited to the classroom or the schoolyard. Of those who reported bullying, 8 percent said the bullying took place on a school bus.

According to a survey of education support professionals (ESPs) by National Education Association (NEA), bus drivers consider bullying to be a bigger problem than many of their ESP peers. Bus drivers are more likely than other ESPs to witness bullying, and many said they witnessed it several times a month.

What’s more, even when bullying did not occur on the bus, bus drivers were 36 percent more likely to receive reports of bullying, from both students and parents.

Clearly, bus drivers have a significant role to play in creating an environment that does not tolerate bullying. And according to the survey, they’re ready to step up: 92 percent of bus drivers surveyed indicated they feel it’s their responsibility to intervene when they witness bullying.

And yet, while most drivers were aware their school districts had bullying policies in place, 56 percent said they had received no training on it. In fact, more than two-thirds of bus drivers expressed they would like more training on how to address various bullying scenarios.

Here are some tips to set a foundation for a safe, bully-free bus:

Together, we can work toward a bully-free environment

Bullying is a serious problem that has serious consequences for all who are involved. But by working together to establish a safe and positive school experience for all children in every space they inhabit, we reduce bullying and work toward bully-free educational environments.