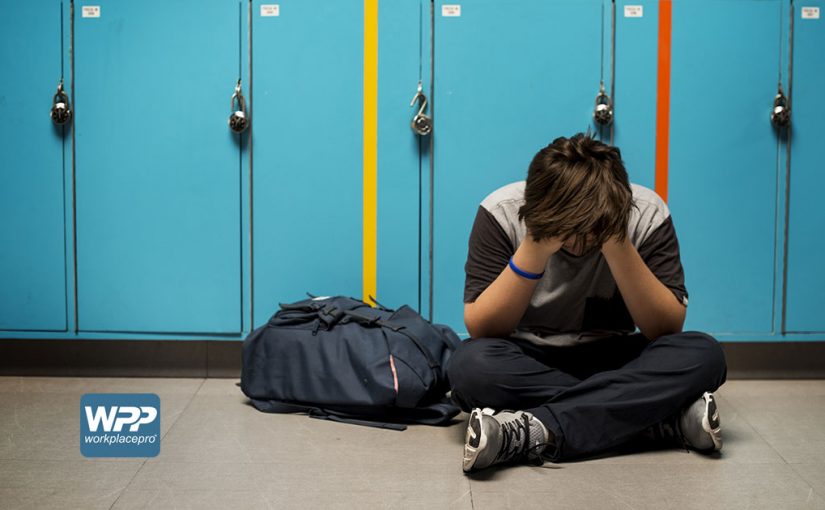 What do you think of when you hear the word “bullying”?

A playground is likely a common visual. The screams of happy children in the background. The heartbreaking scene of a child getting pushed around by another in the foreground — not just physically, but verbally.

But bullying doesn’t just live in school hallways or the playground. Cyberbullying among young people occurs more frequently because of easy access to digital devices and social media. And bullying doesn’t just happen to children: Adults are experiencing it in the workplace at an alarming rate — 60.3 million workers report being affected.

END_OF_DOCUMENT_TOKEN_TO_BE_REPLACED

Amanda is our resident genius around here at WorkPlacePro. She has been here 12 years and I really don’t think any one of us could get by without her. She is the backbone of our website, the glue to our marketing team and all around just makes WPP “tick”. Yes, she is that good. We thought we’d sit down with her for some very important interview questions that we hope you enjoy and let you get to know her a little bit. 🙂

I googled “Which Disney character are you” and took this quiz.

My result: Sadness from Inside Out

I haven’t seen this movie, but it’s on disney.com so it must be official.  I guess see what you get to judge if this quiz is accurate

Jim is our Senior Designer here at Work Place Pro. His duties & task are many & he does them all with ease & organization that is met by hardly none. We love our senior designer & want you to know him a little better!

Interviewed by Cierra of our Marketing Department

Let’s get to know one of WPP’s veterans, James!

So I wouldn’t recommend anyone jump or do anything too risky to escape unless truly a matter of last resort, like if the building catches fire or something. – First thing I’d say is stay calm. Locate the call box to try and get help. – If that fails, and no one is coming, then attempt to pry the doors open, and see if any escape is possible. The absolute last resort would be to look for any exit out of the top, like a service door or something. But this all sounds really dangerous. Like always, I had to ask a few very important questions:

-Written & Interviewed by Cierra of our Marketing/Analytics team 🙂

We want you all to know us a little better!